The Provo Reservoir Canal Enclosure, also known as the Murdock Canal, carries water from the mouth of Provo Canyon to the Point of the Mountain.

REDCON surveyed the entire 21-mile canal length as the Project Land Surveyor. The canal is one of the main water delivery arteries to the Wasatch Front and is the largest canal in Utah County.

REDCON was hired by Provo River Water Users Association, a non-profit corporation responsible for operating the canal, and is working alongside Central Utah Water Conservancy District, Jordan Valley Water District, Metropolitan Water District of Salt Lake & Sandy, the state of Utah and other organizations to enclose the canal.

The Provo Reservoir Canal Enclosure Project is nearing completion. Water is currently flowing within the 133” diameter pipe and construction of the $150 million project will be completed by spring 2013. 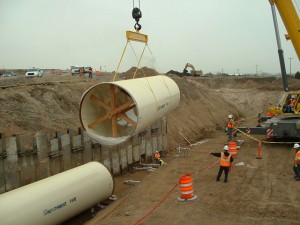 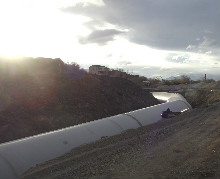